Since 2016, UCU Faculty of Applied Sciences has been offering its students, clients, and partners various educational programs and research projects in the field of Data Science. Since the beginning of 2020, we have begun to study more closely the vacancy market in Ukraine for positions related to Data Science. Based on these studies, we will publish a report with the main insights every half-year, so we invite you to read this first report.

In order to identify trends in the field of Data Science in Ukraine (currently we have chosen the following cities: Kyiv, Lviv, Kharkiv, Odesa, Dnipro), as well as the basic requirements for applicants and companies working with projects in this field, we conducted dynamic research of vacancies on the sites “dou.ua” and “djinni.co” starting in January till June 2020 inclusive. During this period, about 650 vacancies were posted in the field of Data Science (according to the category of Data Science on dou.ua and djinni.co, which actually includes: data scientists, data engineers, data analysts, CV / ML / DL / NLP engineers).

The chart below shows that the COVID-19 pandemic had a significant impact on the fall in vacancies. This is also confirmed by the original study dou.ua.

Although the percentage of falls in Data Science vacancies is less than average. 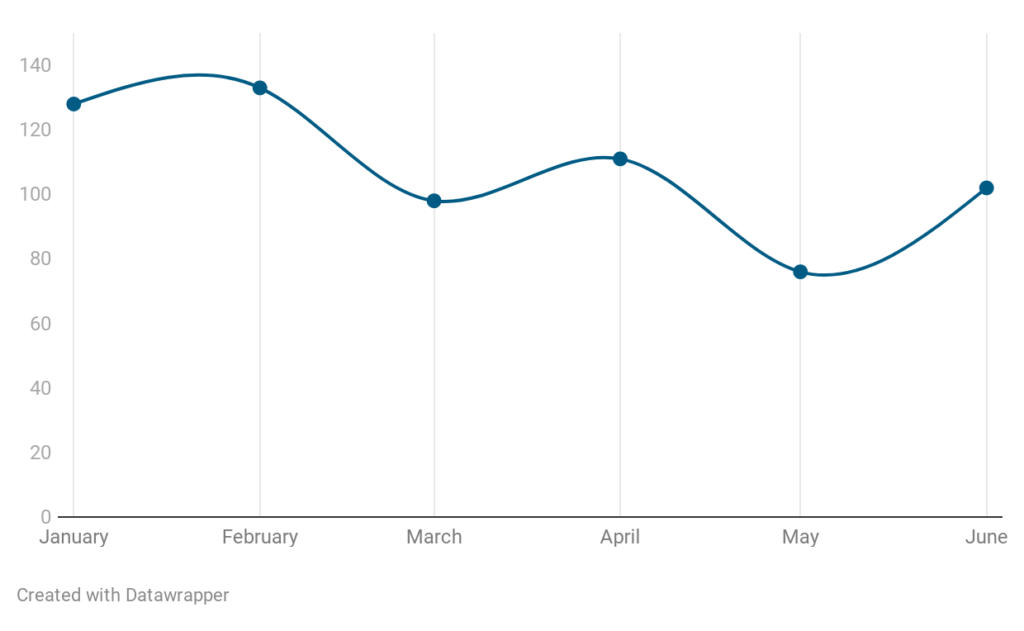 The most popular on the above sites after the direct positions of data scientists (164 vacancies) were data engineers (141 vacancies). Demand for positions in different categories of Data Science, taking into account the level of professionalism, are shown in the diagram below.

As expected, most vacancies were located in Kyiv (about 500), followed by Lviv and Kharkiv (about 100 vacancies), even fewer specialists were searched in Odesa (50) and Dnipro (30). In March, there was a significant reduction in the number of job opportunities. For example, in Kyiv in March compared to February the number of vacancies decreased by 34.5%

* Some vacancies are taken into account several times because the sites often indicate several cities for one vacancy.

As for the distribution of vacancies by professional level, the greatest demand is for Junior specialists (280 positions), and for Middle and Senior almost the same number – 217 and 219 vacancies.

Consolidated data on the professional level, time, and city are given below.

We also looked at the companies that are most often looking for specialists in the field of Data Science. It is expected that the leaders in the number of vacancies are large service companies that have different projects and many customers. The absolute leader is Data Science UA, which helps other companies hire specialists in the field. It should also be noted that in some companies there are “explosions” in the number of new vacancies (for example, Luxoft placed most of their vacancies in the period within 11-28 February), while in other companies origination of the new vacancies was distributed within certain time period.

It is expected that the largest number of vacancies is available in Kyiv. Also, candidates with minimal experience find it easiest to get a job in Kyiv, while in other cities there were no vacancies with up to one year of experience or no experience  (Lviv) or were very few (Kharkiv – 7 vacancies during the study period).

The collected data shows an increase in demand of data engineer specialists up to the level of the data scientists. Although there was a general decline in the number of vacancies in the spring due to the COVID-19 pandemic, Data Science did not have as sharp a reduction in vacancies as others in IT (according to dou.ua).