Since the beginning of 2020, the Faculty of Applied Sciences of UCU has begun to study the vacancy market in Ukraine for positions related to Data Science. Based on these studies, we publish a report with the main insights every half-year. The first semi-annual report was published in July 2019, and now we invite you to read the annual report for 2020.

To identify trends in the field of Data Science in major cities of Ukraine (Kyiv, Lviv, Kharkiv, Odesa, Dnipro), we conducted dynamic research of vacancies on the sites dou.ua and djinni.co. During the 2020 year, more than 1,600 vacancies were posted in Data Science (according to the category of Data Science on dou.ua and djinni.co, which includes: data scientists, data engineers, data analysts, CV / ML / DL / NLP engineers). The chart below shows that the COVID-19 pandemic had a significant impact on job positions decline (especially in May). This is also confirmed by the original study at dou.ua.

Since May, there has been a steady increase in the number of vacancies: in July, reaching the level before the pandemic, and then exceeding on average twice the figures for the first half of the year. At the end of the year in December, we observed a decline, which is explained by seasonality and confirmed by general market research on DOU. 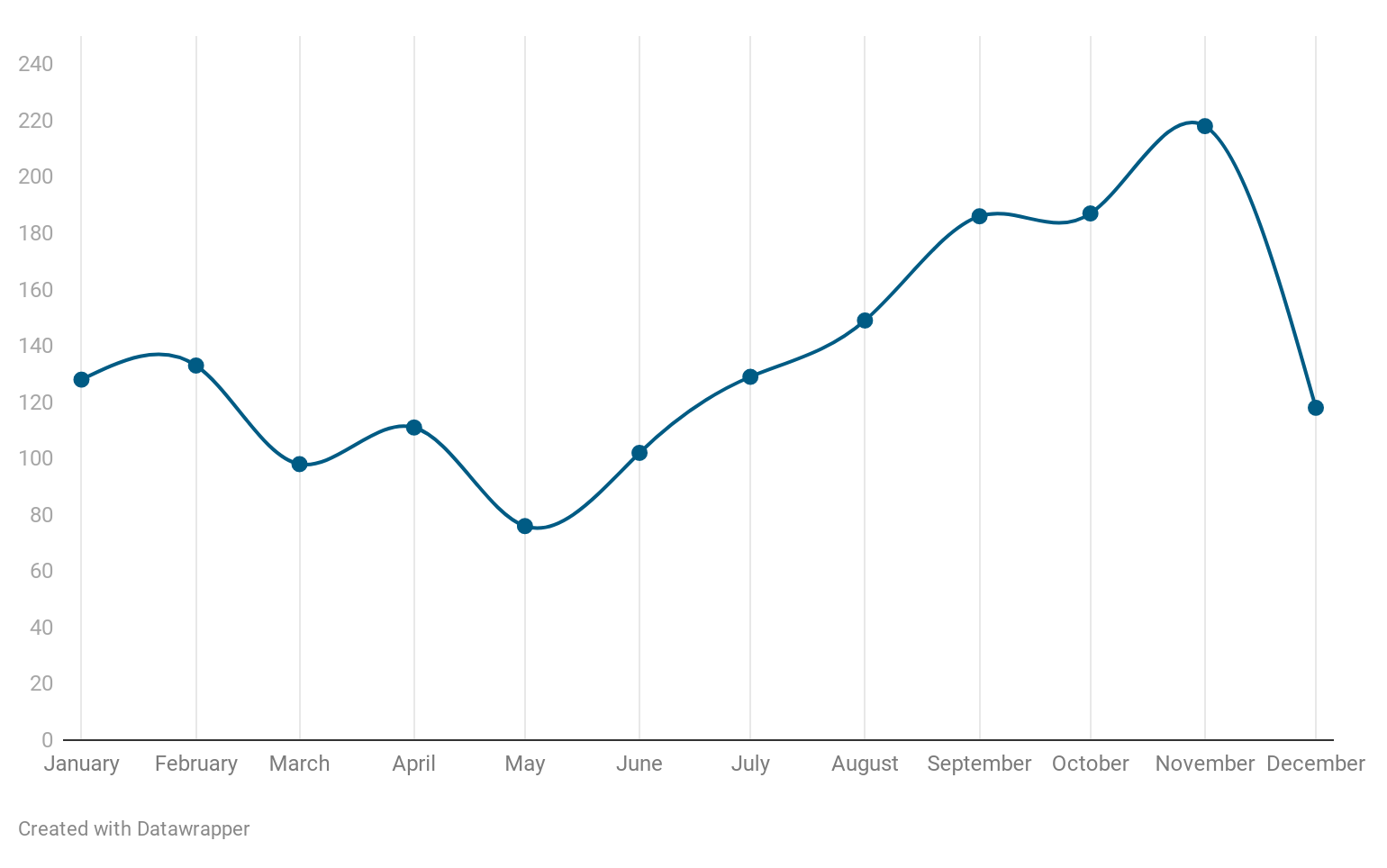 The most popular on the above sites after the direct positions of a data scientist (428 vacancies) were data engineer (344 vacancies), quite common is also the position of Data Analyst (177 vacancies). Demand for jobs in different categories of Data Science, taking into account the level of professionalism, is shown in the diagram below.

Considering all areas of DS, the largest increase in demand in the second part of 2020 compared to the first half was for Senior Data Scientist (60%). Need for Middle ML Engineer (almost 42%), Senior Data Engineer (38%), and Senior Data Analyst (nearly 36%) also increased relatively strongly. Simultaneously, in the second half of 2020, compared to the first, the demand for CV / NLP / DL specialized positions dropped significantly: Senior NLP Engineer by almost 86%, Senior CV Engineer by 75%, Middle NLP by 71%.

As expected, most vacancies were located in Kyiv (over 1000), the next cities in terms of the number of offers are Lviv and Kharkiv (over 200 vacancies), even fewer specialists were searched in Odesa (117) and Dnipro (79). In March, there was a significant reduction in the number of job opportunities. For example, in Kyiv in March, compared to February, the number of vacancies decreased by 34.5%. However, since April, the number of proposals has grown and already in August exceeded February. 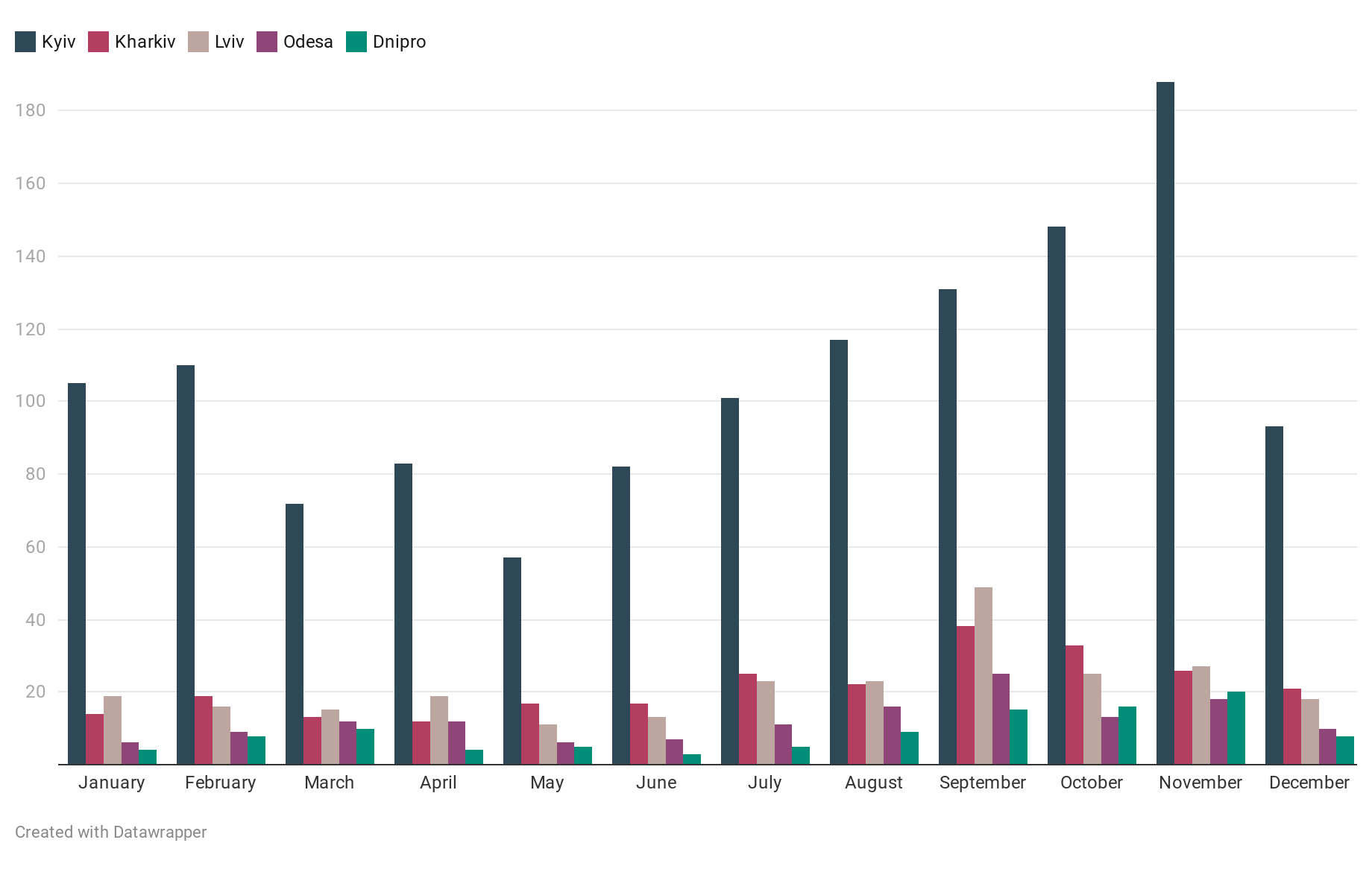 * Some vacancies are taken into account several times because the websites often indicate several cities for one vacancy.

Consolidated data on the professional level, time, and city are given below.

We also checked the companies that are most often looking for specialists in the field of Data Science. It is expected that the leaders in the number of vacancies are large service companies that have different projects and many customers. The absolute leader is Data Science UA, which helps other companies to hire specialists in the field. It should also be noted that in some companies there are peaks in the number of new vacancies (for example, Luxoft placed most of their vacancies in the first half of 2020 between 11 and 28 February), while in others new positions were distributed within the certain period (Data Science UA / DataArt).

Among the above-mentioned cities, the largest number of vacancies (regardless of the level of experience) is available in Kyiv, the smallest – in Dnipro. 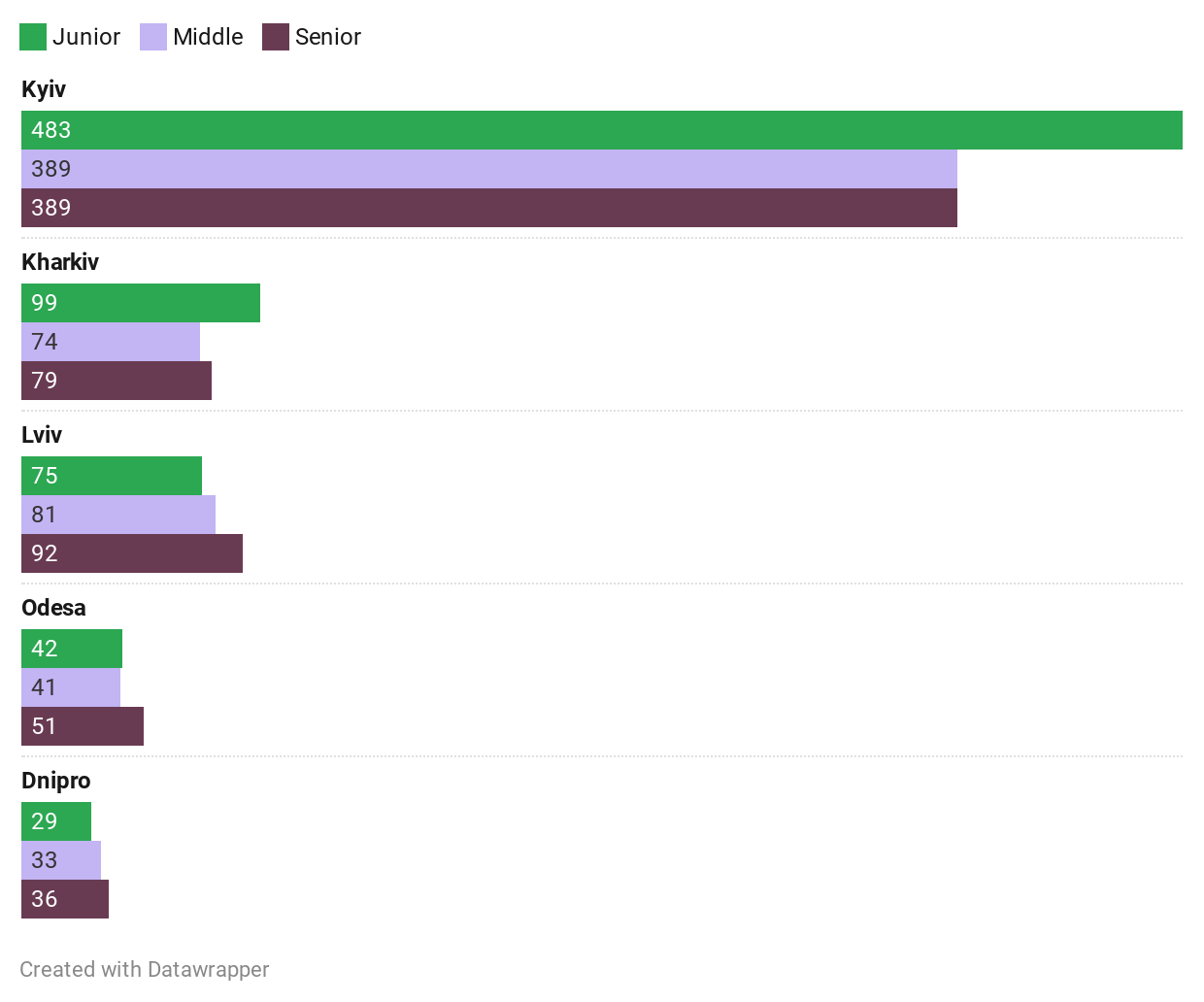 It is also easier for candidates without experience or with minimal work experience (up to one year) to get a job in Kyiv, while in other cities there are very few such vacancies:

Although there was a decline in the number of vacancies in spring due to the COVID-19 pandemic, the number of job offers in the field of Data Science increased rapidly over the next six months (except December).