Physics is an archetypal natural science with a primacy of experiment, a language of mathematics and an essential interplay between theory, simulation, and empirics. The curiosity of physicists is taking the discipline to a wider set of fields, tackling problems traditionally seen to belong to the remits of other sciences and academic domains. One of these, the nature of complex systems, is the subject of this lecture.

Complex systems are characterized by specific time-dependent interactions among their many constituents. As a consequence, they often manifest rich, non-trivial and unexpected behavior. The study of complex systems forms a new interdisciplinary research area that cuts across physics, biology, ecology, economics, sociology, and the humanities. My goal is to demonstrate how the description of complex systems may be conceptualized in quantitative and predictive terms by extending notions from statistical physics and network science.

As case studies, I will consider examples from three areas of complex-systems science that are currently studied extensively: the science of cities, dynamics of societies, and the representation of texts as evolutionary objects. In all examples, data analysis plays a crucial role and I will argue that there still exists plenty of new land for physicists and data scientists to explore. I will put special emphasis on universality in complex system behavior in the sense that their statistical features are governed by similar laws (often by power laws). On contrary to the laws imposed by humans, the universal laws we discuss in this lecture cannot be circumvented 🙂

Laboratory for Statistical Physics of Complex Systems, Institute for Condensed Matter Physics of the National Academy of Sciences of Ukraine 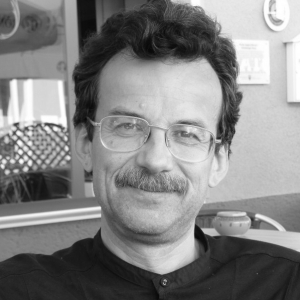